In Argentina, favorable conditions for developing and filling corn and soybeans in the major growing areas of central Argentina. Some improvement in rainfall in the double crop soybean areas in the south.

In Brazil, wet weather in Mato Grosso has raised concerns about quality of the soybeans being harvested. This pattern of above normal rainfall looks to continue during this period. Wet weather favors development of second crop corn in central Brazil areas. Generally favorable conditions for filling soybeans in southern Brazil. 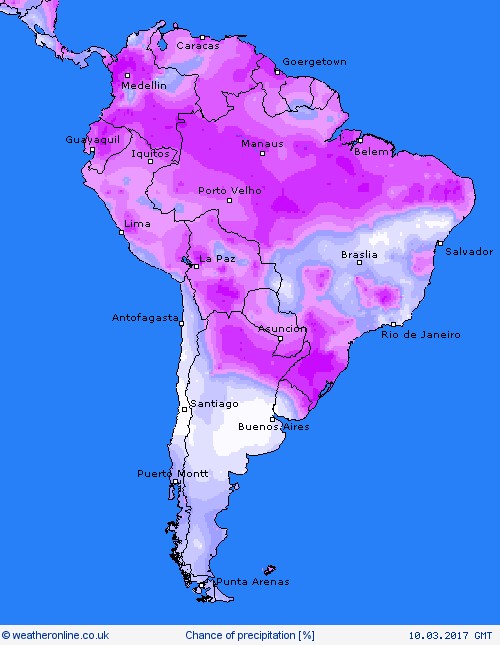