In Argentina, favourable conditions for developing and filling corn and soybeans in the major growing areas of central Argentina. Some improvement in rainfall in the double crop soybean areas in the south. 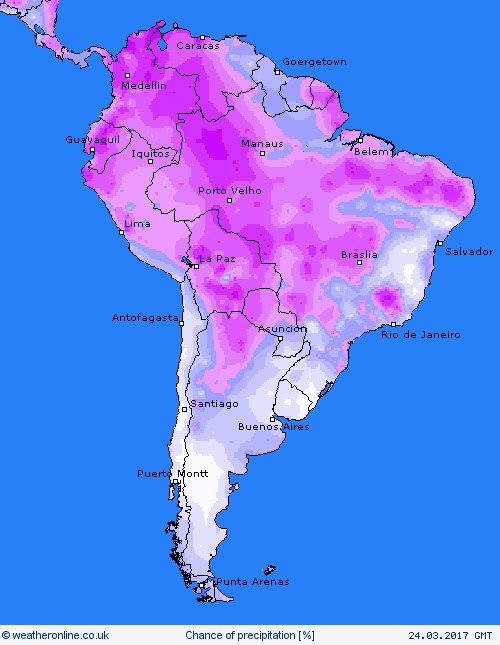